Shedding the pounds (and the stones) 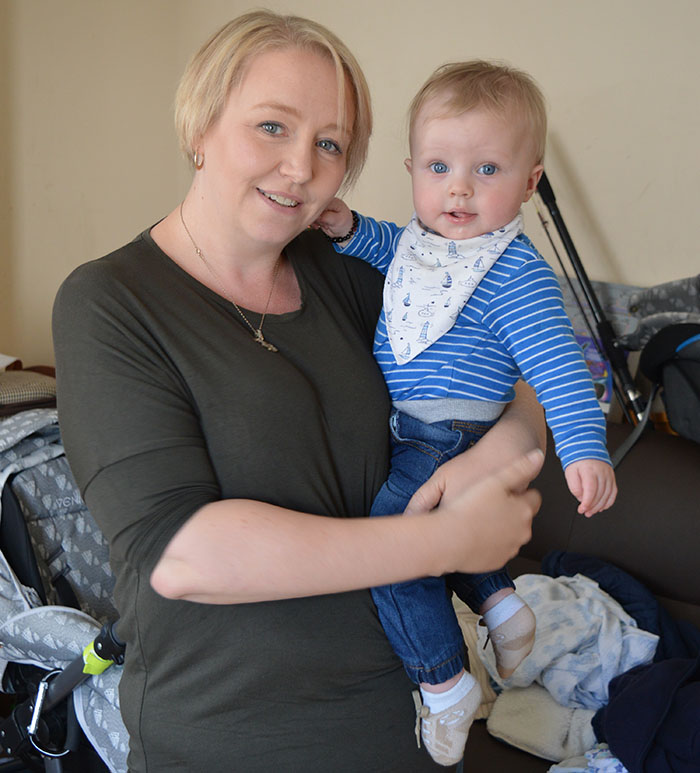 Mum-of-three Stephanie Foreman, 37, lost five stones in two years as a result of the One You weight loss programme and her local Paydens pharmacy.

Stephanie contacted the pharmacy, a short walk from her house in Berridge Road, Sheerness, two years ago. “Over the years I had tried every diet going,” she said. “I’d done Slimming World, Weight Watchers, you name it. It was just money down the drain as far as I’m concerned. I dread to think what I’ve paid out over the years.”

On her first appointment at the pharmacy Stephanie, who is mum to Jack, 15, Connor, 11 and eight-month-old Noah, weighed in at 18 stones four pounds and had a BMI of more than 40.

“I got weighed at the pharmacy and I was absolutely appalled. I hadn’t realised how much I had put on, it’s scary. It just crept up and up over the years. But it was Paydens that helped.”

Stacey said: “We explain from the outset that it isn’t a diet. There are no rules about what you can and can’t eat. It’s a simple lifestyle change that if you follow will help you to reach a healthy weight.”

Stephanie took on board every detail of Stacey’s advice and after the course finished, continued to be weighed every month at the pharmacy.

“The weight literally dropped off me,” she said. “For me, the big issue was portion control. I wasn’t necessarily eating bad food, I was eating good food, just far too much of it.

“The big difference was the one-to-one advice and support that you get. Everything is personalised for you. Knowing whatever happens I have the right support on my doorstep has been brilliant.”

Stephanie’s pregnancy a few months into the programme could have presented an obstacle but following advice from the team at Kent Community Health NHS Foundation Trust, Stacey felt confident to carry on supporting Stephanie.

Stephanie said: “I had gestational diabetes (high blood sugar in pregnancy) because of my weight, but I stuck to my healthy eating plan and everything was fine.”

Stephanie’s new regime has even had an impact on her older children, who have embraced the healthy lifestyle: “My son Connor always checks the food labels with me in the supermarket now. If there’s something that’s high in sugar or fat we don’t buy it. He used to have fizzy drinks all the time but now he hardly has them, he sticks to water or low calorie drinks.

“He uses the ’traffic light’ card from the British Heart Foundation and he also gets a weigh-in at the pharmacy with Stacey when he wants to. Paydens have been brilliant, it’s so easy to lose the weight when the support you need is literally just round the corner. The fact that I can pop in any time and see Stacey really helps. I consider her a friend now. I know I’ve still got weight to lose but with the help of Paydens and Stacey, and the One You programme, I know I can do it.”

Find out more about One You Weight Loss