Carol Dolbear became a nurse more than 50 years ago as she wanted to help people and to make a difference. 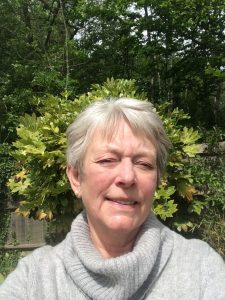 Carol , 73, has worked for our trust for the past five years and now works part-time as a health visitor. However, during her five decades in nursing she has worked in many areas including accident and emergency (A&E), obstetrics and district nursing, as well as being a union rep and an agency nurse.

Carol, who has two children, a son and a daughter and three grand-children, said: “I love nursing. I see the value in what I do.

“I can make a difference to people’s lives, especially children. Health visitors are the only people who are invited into people’s homes on a regular basis. We can pick up easily if things are not going right and families are struggling. We build up a good relationship with families and we do our best.

“Health visiting and A&E have been my two favourite areas to work in. If I could go back to A&E I would, but I’m not sure I could stay on my feet for 12-14 hours any more! I liked the fact that no two days were ever the same and you never knew what was coming next. I learnt many skills, including how to suture and plaster.”

Carol started her healthcare career as a ward clerk receptionist, at Barnet General Hospital in Hertfordshire, aged just 17. She lived on site and returned to the family home in Dover at weekends. After her bills were paid she took home £11 a month. After some months it became apparent that the travelling and the cost were no longer viable and so she applied to train at the Kent and Canterbury Hospital where she stayed for over three years.

She said: “I always knew I wanted to help people, but I didn’t know in what capacity. My mum had started training as a nurse but didn’t continue because of the war.

“I didn’t just do children and adult nursing at Canterbury, I did everything and in my final year, obstetrics was included, which I loved and which helped me when I decided to become a health visitor.”

After qualifying as a nurse, Carol was invited by the Sister in charge of A&E at the hospital to join the team, where she stayed for a while. She then became a district nurse, aged just 21. She said: “I had no fear of my move into the community to work, as I was well supported by my colleagues. At this time I lived and worked in Dover. I did 12 hours shifts, 8 – 8, and was encouraged to take time out during the afternoons. I would often go to sit on the beach in the summer, always on the same spot, and GPs would come and find me if they needed me, as they knew exactly where I would be. Now of course we have mobile phones. It was a lot of hours, as I would also be required to go out in the middle of the night, if needed, to give morphine and terminal care.”

Carol took a short time out to be a mum and then went to work at Sevenoaks Hospital part-time, joining the A&E department. She later did her health visiting training, wanting a role which would fit in better with family life. She also worked some years in Bromley, working as a patch manager and then as an assistant director of nursing in charge of district nurses, health visitors and school nurses.

She became a union rep and worked on health and safety, including co-authoring the national NHS Guidelines for the Prevention of Violence Against Staff. She later did a Masters in nursing research at King’s. She retired on health grounds, but later became an agency nurse, in A&E across Kent and then worked in Lewisham as a district nurse and health visitor, after which she joined Kent Community Health NHS Foundation Trust (KCHFT). 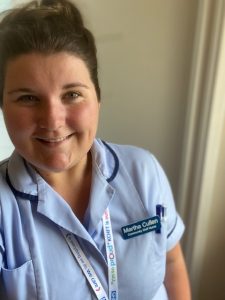 Martha Cullen is one of our newest recruits.

After graduating from her nursing degree at Canterbury Christ Church University, Martha, 24, joined in October last year as a community nurse in west Kent.

Since registering, Martha is pleased to be able to a do a job she loves. She said: “It’s been so busy during my first few months as a nurse, but I love it.

“I always wanted to be a nurse, as long as I can remember. Being a nurse runs in my family, my mum is a midwife in east Kent and my Grandma was a midwife. I was so excited to be able to go to university and make this happen.

“I love being a nurse because I can make a difference. I spend time with my patients and know that I’ve made a different to their health and wellbeing, reassure them and help them get better. It’s a privilege to be able to support someone through, what is sometimes, the most difficult point in their life.”

Martha enjoys being out and about in the community: “I love community nursing, being able to manage my own caseload and time – I don’t think I could work in a hospital setting. My favourite part of being a community nurse is getting to see patients in their own homes – a space they feel safe in – and being able to look after them in their own homes. I have been doing more and more end-of-life care recently as well, which isn’t always a happy ending, but as sad as it is, I know I have made a real difference to that person’s life.

“If I could give myself advice on my first day, knowing what I know now, I would say – believe in yourself, because you have the knowledge, the understanding and the compassion to be an amazing nurse; but don’t put too much pressure on yourself to know everything – you will be learning something new every day of your career.”