People living with dementia say what is important to them 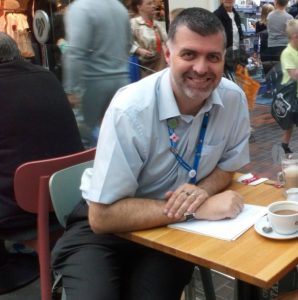 What is important and meaningful to dementia patients, their carers, family and friends is at the heart of a project to redesign a leaflet and feedback survey.

The survey was having a zero return rate in west Kent and in east Kent, return rates were low, so it was time to find out why.

Rather than the dementia leads at Kent Community Health NHS Foundation Trust (KCHFT) designing something new, they  spoke to dementia patients, their husbands, wives, relatives, carers, friends and neighbours to see how the leaflet and survey could be improved.

They found the carers’ survey wasn’t being completed and returned as many didn’t see themselves as carers. One person involved in the redesign said: “But I’m not his carer, I’m his wife.”

Others who helped with the redesign said they didn’t want a picture of an elderly person on the front cover, as dementia can affect people of any age.

He said: “The old leaflet had been around for many years and was available in our community hospitals. We had a carers’ questionnaire at the back.

“People said they would complete it and post it back to us, but they didn’t. Or people wouldn’t fill it in as they didn’t see themselves as a carer.

“So we took the old leaflet to people living with dementia, to a carers’ forum and to relatives visiting family in hospital.  A Canterbury dementia group also fed back. We asked them what they thought of it and got lots of suggestions for changes.

“We spoke to patients and others as it’s their leaflet. We wanted to make sure we had the wording and images right. We wanted to know what would work for them.

“Initially, we were inviting feedback by post, but now people can do this online too, which the younger people we spoke to were keen on. We’re now expecting a lot more feedback.”